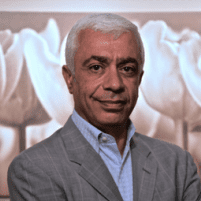 Of all adults with bipolar disorder, about 83% experience severe impairment, while the remaining 17% face moderate challenges affecting their ability to hold down a job and enjoy life with their families and friends. Dr. Ashraf Abaza at TMS Medical Therapy of Suffolk County has many years of experience working with patients who have bipolar disorder, dedicating time to each patient, whether they need medication or psychotherapy. To schedule a consultation and get help with your mood swings, call the office in Suffolk County, New York or book an appointment online.

What are the types of bipolar disorder?

Bipolar disorder was once called manic-depressive disorder, which describes the two key symptoms — mania and depression — yet doesn’t begin to convey the varying degrees of symptoms found in patients with different types of bipolar disorder.

Bipolar disorders cause a change in your mood, activity, and energy. You’ll experience high and low episodes, or both at the same time, with periods of normal mood and behavior in between. Despite symptoms that come and go, bipolar disorder is a chronic disease that requires ongoing management.

There are three primary types of bipolar disorder:

Bipolar I disorder is defined by having at least one major manic episode that’s severe enough to affect your ability to work and socialize. Patients may also experience major depression or have mixed features, which means simultaneous mania and depression.

Bipolar II disorder is defined as having at least one episode of major depression and at least one hypomanic episode. Hypomania causes the same symptoms as full-blown mania, but the symptoms are less severe and may not interfere with daily life.

Patients with cyclothymic disorder have swings between hypomania and depression that occur frequently and constantly. Their symptoms, however, are milder than bipolar I or bipolar II. These mood swings last at least two years in adults, and at least one year in adolescents.

What are the symptoms of mania and depression?

Depression is often the first mood problem you’ll notice, appearing before your first episode of mania. Although depression is commonly associated with the risk of suicide, a mixed bipolar episode is more dangerous because depression is paired with higher energy or mania.

Dr. Abaza can identify hypomania, but it may be hard for you or your family and friends to recognize the mild-to-moderate change in mood. In fact, the level of increased energy associated with hypomania may seem good as it makes you more productive without being so severe that it causes problems.

You may have a genetic tendency that affects the brain chemistry associated with bipolar disorder and affects the way your brain responds to alcohol or drugs.

Some patients try to relieve depression and anxiety with alcohol, while others engage in excessive drinking during manic episodes. Both behaviors can lead to alcohol and drug abuse or addiction.

Treating your substance abuse is vital for your overall health, but it’s also important because alcohol and drugs may worsen bipolar symptoms.

If you have bipolar disorder, you’re at a higher risk of developing other chronic diseases compared to those who don’t have a mental disorder.

In fact, bipolar disorder is twice as likely to develop as any of these medical issues:

How is bipolar disorder treated?

Optimal treatment of bipolar disorder includes psychotherapy as well as medications to keep your moods balanced. Dr. Abaza provides both: He works closely with each patient, customizing treatment to meet their personal goals and medical needs.

Dr. Abaza provides the newest mood-stabilizing medications, lithium monitoring, and ongoing assessment of thyroid function, which can be affected by lithium. He also evaluates your suicide risk, providing early intervention that stabilizes your mood and gives you the tools to overcome the mental, emotional, and behavioral challenges of bipolar disorder.

Your treatment plan may include any of the following:

Whether you’ve been diagnosed with bipolar disorder or you have questions about your mood swings and behaviors, Dr. Abaza can help. Call TMS Medical Therapy of Suffolk County or book an appointment online.